On the this dreary rainy day, I have been daydreaming about gardens that I have had the good fortune to visit.
Last summer, I had the opportunity to visit the five acre Japanese Tea Garden in San Francisco's Golden Gate Park. The Tea Garden is a real treat and a treasure. There is a modest admission fee, but it is well worth it. I spent the time at the garden with my youngest daughter (who happens to love the outdoors and seems to have an affinity towards gardening like me) and we both really enjoyed our time there.
The garden has several beautiful buildings, including a functioning tea house and gift shop, a koi pond and statuary. The grounds are kept up nicely and has several uses of bamboo including natural, untouched stands to tightly hedged bamboo along short side fencing, and everything else in between.
Here are some photos of the Tea Garden: 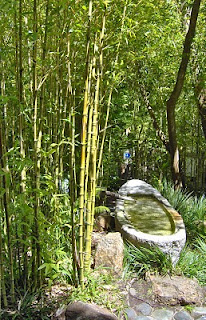 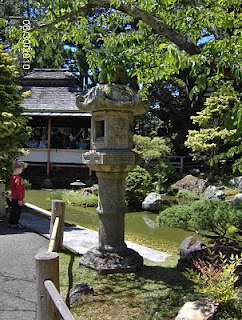 Here is a photo of the Tea House where tea is served to visitor. To find out more on this feature, click here. 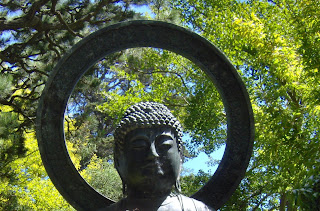 Here is a picture of a bronze Buddha statue (circa 1790) in the garden. The statue is very large. 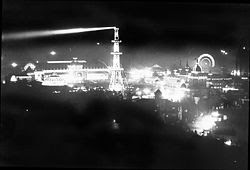 The Tea Garden has a remarkable history - it was built in 1894 for the California Midwinter International Exposition. The Tea Garden was designed and later cared for by Japanese immigrant Makoto Hagiwara from 1894 until 1942, when Mr. Hagiwara and his family were moved to a internment camp with thousands of other Japanese Americans during that time.
The Japanese Tea Garden is the oldest public Japanese tea garden in the United States.
If you are ever in San Francisco's Golden Gate Park, its worth visiting. It is located right next to the de Young Memorial Museum.
Cheers!
Sean
Mad Man Bamboo
(916) 300-6335
www.madmanbamboo.com
Mad Man Bamboo on Facebook
Posted by Mad Man Bamboo Nursery at 2:05 PM

You can get more funny quotes at http://quotelandia.com/category/funny