Today we had a chance to visit some fellow bamboo aficionados that live in Roseville to see their backyard.  Over a couple of years they have bought bamboo from me and have quite a nice collection of both running and clumping bamboo.

These folks are nice people and love bamboo.  They have clumping bamboo from another house they still own but no longer live at and have grown to understand bamboo (the difference between running and clumping) and appreciate it for its usefulness and beauty.

As we walked into their backyard - I couldn't help to say - 'Wow!'  The backyard has a definite 'oasis a la Hawaii feel.'  They use both running (contained) and clumping species quite nicely in combination with palms and it is a really nice, relaxing and well done landscape.  Most of which was done by themselves.

Here are some photos of their nice backyard: 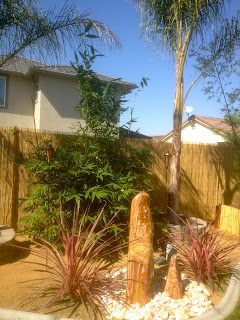 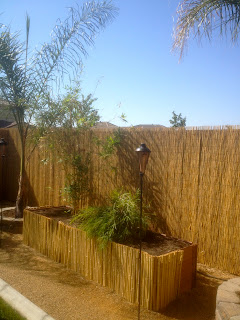 An Otatea acuminata aztecorum 'Mexican Weeping Bamboo' in a cleverly constructed container that is finished off with bamboo fencing. 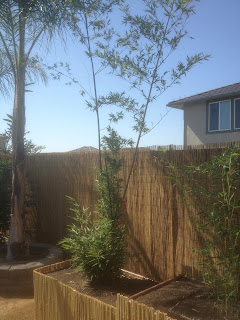 A Phylostachys nigra 'Giant Black' in a container in its first year of growth. 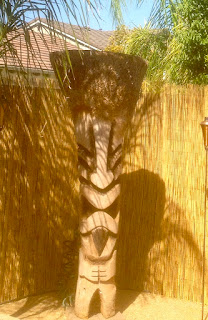 A hand-made tiki from Turlock, CA.  I definitely need to get the name of the guy who does these.

I thought they did a great job on their backyard and am happy to see the bamboo that I grew has found a happy home, as it certainly shows.

At our September 15 plant sale in Elk Grove, I had the pleasure of meeting Steven King, a Sacramento area bamboo craftsman that makes both beautiful and functional hand-carved art pieces made from bamboo poles. 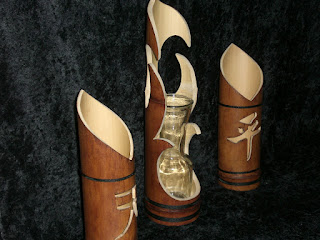 Steve's business, Bamboo Whisperer (www.bamboowhisperer.com) is just getting off the ground and he has already sold several pieces.

Steve has had an interesting journey that ultimately led him to pursue his craft.

"In 2007, my vehicle was hit head on by a wrong way driver. After receiving 2 operations on the left arm and one on the right, I began using meditation as a method of pain control. During sessions, I would play various styles of music. One particular genre stood out from the rest, and is how I discovered the wonderous sound of the Shakuhachi.

Deciding to take the next step, I began learning the instrument and accompanying music. Being able to produce the sounds that captured my full attention was a wonderful experience. Deciding to display the flutes, I began creating ideas on how best to do so while maintaining the harmony within the instrument. It was at this point that I realized the best medium to use was the same material as the flute itself. Bamboo!

Just as I created the first wall-mounted display, I learned that the surgeries failed. Five additional surgeries and four years later, I was no longer able to position my arms to hold the Shakuhachi.

Being mindful of not what was lost, but rather my new found passion, I spent 2011 developing crafting techniques which would allow me to continue working with bamboo under the new limitations.

The Shakuhachi and the warm, open community which surrounds it across the globe, helped me through some very difficult times. Through my art, I hope that in some small way, I'm able to offer something in return." 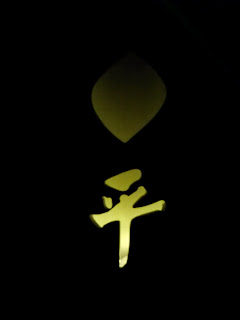 In talking to Steve at the sale, his art is both a passion and a means to achieve peace and focus.  It was very clear to me that Steve loves what he does.  I can relate.  Although running Mad Man Bamboo is alot of work, it underscores a fact of life that if you love what you do, it doesn't feel like 'work.'

I also like it that Steve is a local craftsman.  He has a personal stake in his art and it shows. 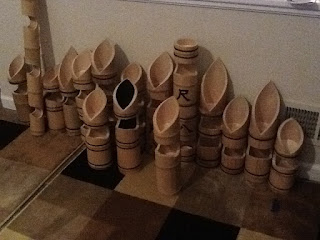 According to Steve, "Bamboo Whisperer is art, inspired by nature and life. I don't consider the pieces a form of my personal expression, but rather an opportunity for others to see more of the beauty nature has within it.


Sometimes I can visualize a piece immediately, other times I will have it sitting next to me for a week before the first cut. During the latter, I know something is there, but the image is unclear. Over time, I've come to realize the vision is always there in plain sight, it was only my thoughts which were out of focus. 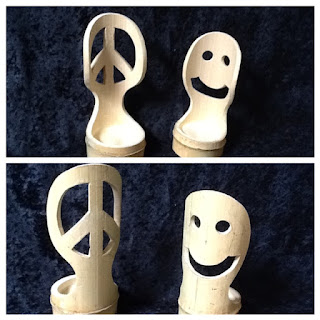 It is in this way, I am connected to every piece. Each one has either allowed, or enhanced a peaceful moment."

At the sale, we talked about Steve participating in future plant sales and local farmers' markets.  I'm hoping we will see him and his art in 2013.

A nice Fall bamboo discovery in the garden...

I love this time of year.  Fall is literally right around the corner and temperatures, with some exception, tend to get mild during the day with cooler evenings here in California.  Can't complain about that!

Another reason I love the emergence of Fall is the fact that the new shoots on my clumping bamboo, that started shooting in July, are now starting to mature. Around this time of year, it's not uncommon to find some new 'bamboo' discoveries, piddling around the yard.  Tonight was no exception. 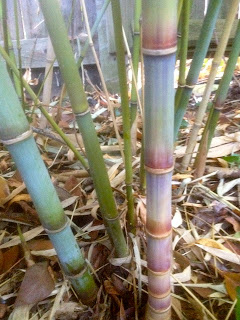 Watering tonight and I stumbled across this beauty.  A new large shoot from my Himalayacalamus hookerianus 'Teague's Blue Bamboo'. Hands down my favorite bamboo, with tonight's discovery affirming that.

Here is to a beautiful Fall!