I had the good fortune to work with the local Sacramento of landscape architecture firm - Stantec on Park(ing) Day which was held this past Friday (September 20, 2013). PARK(ing) Day is an annual worldwide event where artists, designers and citizens transform metered parking spots into temporary public parks.

As of 2011 (they stopped counting), this international event was celebrated in 162 cities, 35 countries, and 6 continents.

So, my part in this event - I was asked to lend bamboo for the Stantec project in midtown Sacramento. To add more bamboo, to the very bamboo savvy Sacramento - I'm in...  all in.  Gotta help the landscape architecture firm that appreciates the beauty, utility and awesomeness of bamboo.

So, here is how the project turned out... 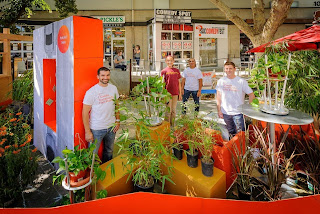 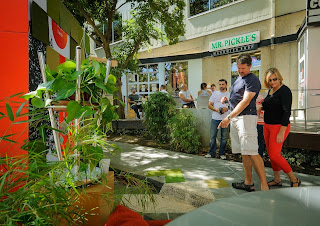 Strolling through the competing projects. The bamboo looks great! 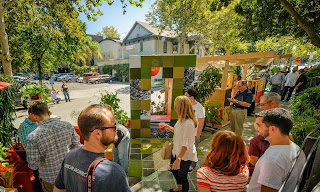 Great job Stantec! Thanks for letting me adding bamboo to your awesome PARK(ing) Day project....

The best containers to grow bamboo in...

Ah, a moment of spare time - I finally have a chance to get back to this blog, break the radio silence and talk about a topic that I have been thinking about and get asked about alot - "What kind of container should I use for my bamboo?"

Bamboo lends itself to growing quite well containerized.  In most cases, due to my relatively cautious nature and past experience, will advise most people to always containerize their running bamboo, due to its invasive nature when uncontrolled.  Additionally, there are several clumping bamboo, such as Bambusa ventricosa 'Buddha's Belly Kimmei' that show off its best characteristics (bulbous 'belly' culms') in a container (pictured below). 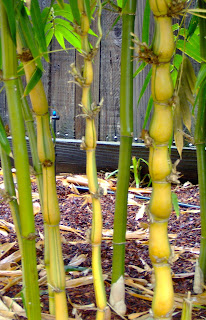 So what is an ideal container for bamboo?  Here are some ideas:

1.  My favorite container is a metal horse trough, like these that I bought today.  Simple, sturdy and best of all, the sides are at a 90 degree angle.  Additionally, bamboo likes horizontal space and depth is not a priority (2 feet is typically adequate for depth for most bamboo).  Be sure to drill a few drain holes at the bottom for good drainage. 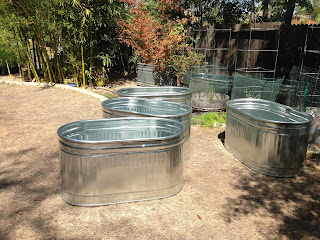 2.  I always stay away from pots that taper at the top - always go for straight side or pots that are "V' shaped.  When it tapers, the bamboo root mass will tend to fill the pot's growing space completely making any future attempt to pull the the bamboo out an exercise in futility. 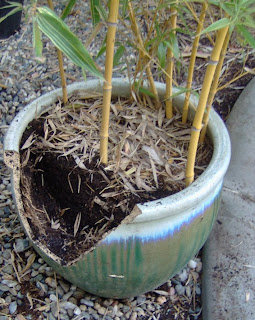 3. Always get a container that allows water to drain.  Bamboo does not like to sit in water and 'wet feet' will cause the plant long-term harm up to death over time.  Word of caution though, if you have a container that has a running bamboo and the container is on the ground, be sure to put a paver underneath the drain hole.  Otherwise running rhizomes, will escape (pictured).  This does not apply to clumping bamboo. 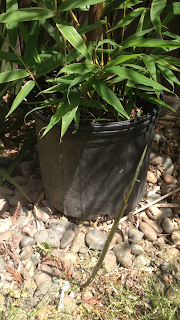 4. Think outside the box - bamboo is a unique plant - use the recommendations above, but get creative and bring out the best in your beautiful, unique bamboo. 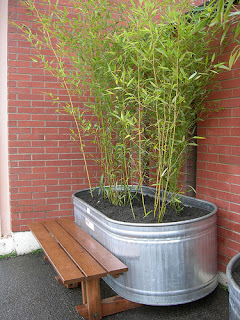 Use these recommendations and your bamboo will be happy and healthy in its new home above the ground. Cheers!

Signs that Spring 2013 is right around the corner...

This is the time of year when I start to wander outside more and more.  My normally short attention span is exacerbated, by the draw of discovering something new in the garden that has budded out or sprung from the ground.  Today was no exception of course.

I guess it is what makes us folks that love nature and gardening who we are.  To me, this is the time of year when I awaken from the gray slumber of winter excited to see nature too, waking up.

So, today, in wandering around the tired, winter-worn garden, signs of life are indeed starting to emerge.  No doubt with temperatures rising to the mid-70's in Sacramento in the coming week, this is just the beginning... 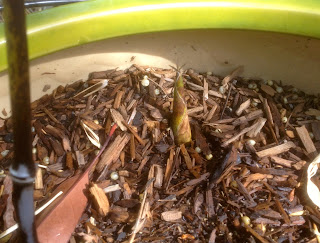 New shoot from my Phylostachys nigra 'Othello' pushing through the ground seeking the warm sun. 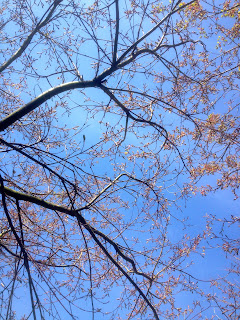 Buds are opening on my green Japanese Maple. 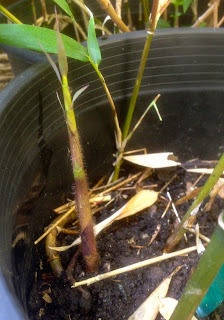 New colorful and furry shoot from my Bashania fargesii.

Definitely a time of excitement for gardeners.  With camera in hand, and longer days, I'm sure I'll be drawn to the garden more and more.  A distraction, that I don't mind at all.

P.S. If your ready to get back out in the garden and love unusual plants, check out two upcoming plant sales... Saturday, March 23 (Auburn Farmers Market (bamboo only)) and Saturday, March 30 (at McKinley Park in Sacramento; lots of plant vendors)).  Details can be found at www.bamboocalifornia.blogspot.com.
Posted by Mad Man Bamboo Nursery at 12:14 PM 2 comments: 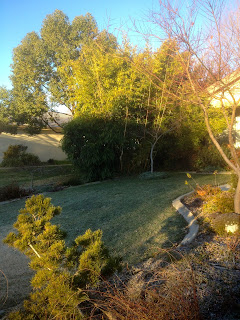 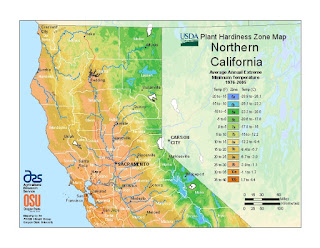 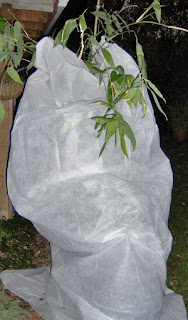